No Widgets found in the Sidebar Alt!

No Widgets found in the Sidebar Alt!

At first glance, especially to those unfamiliar with all that is involved in horse care, the new exhibit at the North Dakota Cowboy Hall of Fame might look like medieval tools of torture.  No need to worry, these old malicious looking implements are just a set of equine dentistry tools from 1904, donated to the hall by the Theodore Roosevelt Medora Foundation.

It is believed that equine dentistry practices began about 2000 years ago on the steppes of northeastern Asia and Mongolia by ancient nomads. The horse has the distinction of being the most significant domesticated animal of the past 5000 years, playing a critical role in the development, growth and survivability of civilization. Horses transported goods and tradesman, warriors and explorers across all seven continents.  With the domestication of the horse, travel was possible over greater distances at greater speeds.  Large quantities of goods could be moved from place to place with relative ease enabling exploration and trade.  News and information was able to reach faraway places.

The horse started its evolutionary journey in North America about 55 million years ago.  It was a small creature that lived in forest land consuming soft leafy vegetation. At that time the teeth of this little rabbit sized animal were similar to that of humans or canines.  These ancestors of today’s equine crossed the land bridge between North America and the Asian continent and dispersed throughout the Middle East, Africa and Europe. During the last ice age, about 10,000 years ago they became extinct in North America.

Climate and vegetation changed and the little horse evolved to eat the more fibrous grasses and changed their eating behavior to nearly continual grazing.  This constant chewing causes a lot of wear and tear on the teeth.  That little short toothed ancestor of today’s horse evolved to have more resilient, continually erupting and longer teeth.  The similarities between the Eurasian steppes and the northern mixed prairie in the U. S. are strikingly similar.  Grazing played a large role in the evolution of both these grasslands.

As humans began to use the horse for more than pastoral purposes the health and well-being of the horse became vital.  Evidence shows that the bronze snaffle bit, a huge technological development that gave the rider greater control, coincides with standardized dentistry practices towards the end of the Bronze Age.  Did the beginning of equine dentistry lead to the technical developments and control of the horse, or did the new methods of control require and lead to dental practices?  Either way, advances in equine dentistry greatly improved the reliability and sustainability of horseback riding and became a critical part of horse care.

Records from 2000 years ago show academics in China and along the Mediterranean were creating veterinary texts with information on how to keep their horses healthy. Major parts of horse care both in the modern world and antiquity involved dentistry.  Archeological evidence clearly shows the presence of equine dentistry practices.

The beginnings of modern day equine dentistry in the U. S. began after the Civil War with veterinary colleges opened as soon as 1875. Th 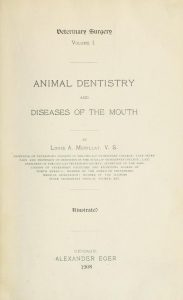 e oldest accredited veterinary school still in operation is the School of Veterinary Medicine at the University of Pennsylvania. The American Veterinary Association was established in 1863. By the late 1800’s German and American veterinary surgeons had developed new and innovative implements for the practice of equine dentistry. In the early to mid-1800’s anthologies on agriculture often included sections on the equine mouth and teeth. Later in the 19th century, books exclusively about equine dental health began to be published.

Veterinary dentistry as a whole began with equine dentistry; the horse was the most commonly treated animal until the mid-20th century when mechanization took over and the horse’s place in society diminished.  This contributed to many advances in the care of a horse’s teeth.  After World War II, there was a time when equine dentistry saw little advancement, but as the world economy grew and people became more prosperous, horse ownership increased, and so did a renewed interest in advancing the practice of equine dentistry. Horses live and thrive on their ability to chew.

In 1906 veterinary surgeon Louis A. Merillat wrote a book entitled Animal Dentistry and Diseases of the Teeth.  He said, “The principle objective of dentistry is to promote the general health of the horse by improving mastication and relieving pain.” Equine dentistry has moved well beyond extractions and “floating”, (floating removes and repairs any irregularities that might cause pain for the horse or contribute to badly chewed food). The practice of equine dentistry now embraces all the aspects of dental practice including oral surgery, periodontics and restorative dentistry.  Today, equine dentistry is a specialty offered as an emphasis in many veterinary programs. There are also trained equine dental technicians that coordinate with veterinarians to provide for a horse’s dental health.

Equine dentistry has evolved since those first ancient horsemen and post-Civil War practitioners, but the overall goal of equine dentistry remains the same today as it was in its beginnings. 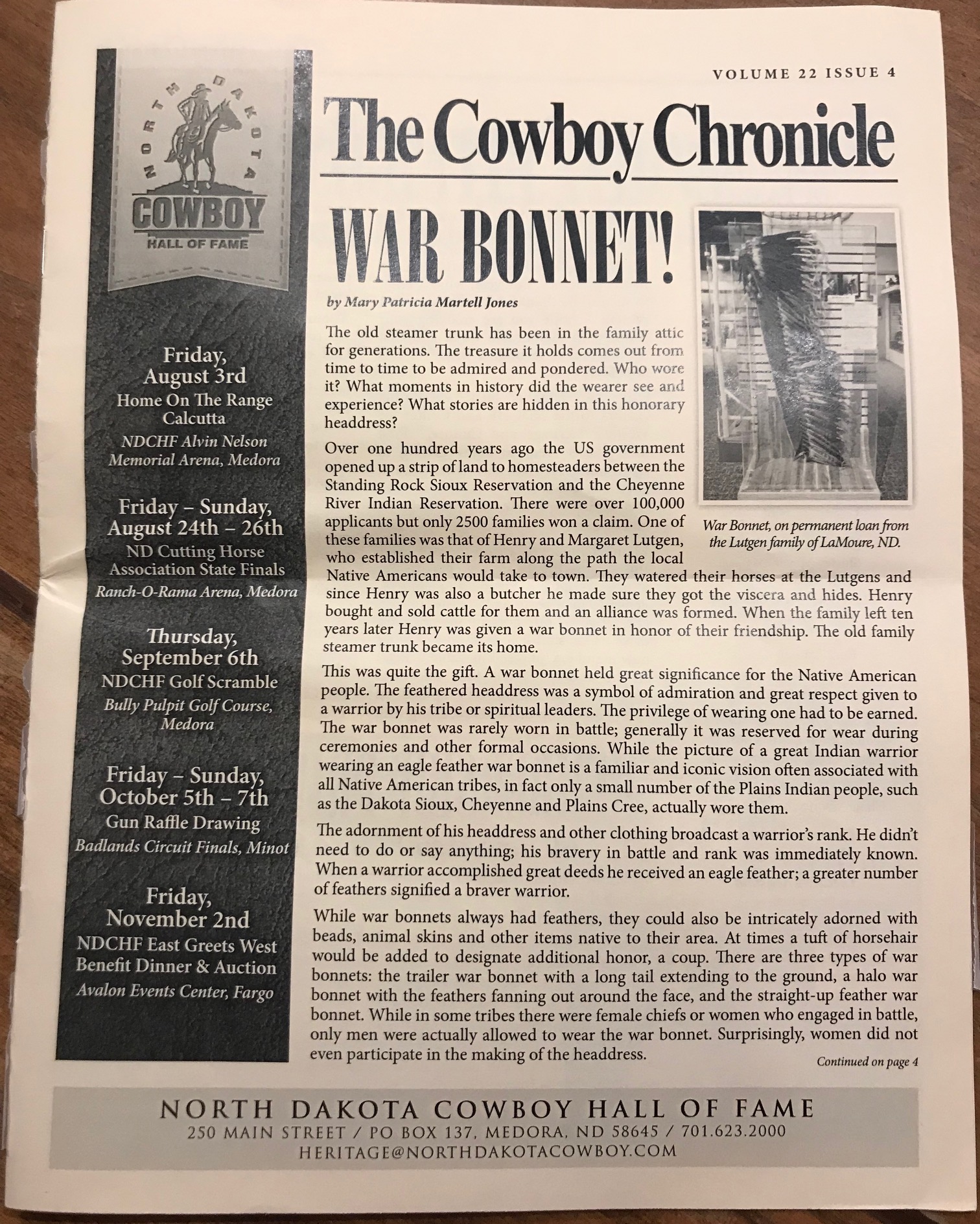 Knowing Your Past Carries You into the Future

Who was Benjamin Henry?