He was an old man, arthritic and without a family band, but still wild and free.  Singlefoot was the oldest stallion living in the Theodore Roosevelt National Park (TRNP). He may have been on his own but he still found the energy to play and enjoy life. He looked out over grasslands and rolling hills interrupted by dramatic and colorful badland formations where his ancestors once roamed.

The history of the plains horse dates from prehistoric times; disappearing from North America about 11,000 years ago and returning in the 1500’s with Spanish explorers.  Singlefoot and the other horses in the park descended from those brought by the Spaniards and other domesticated stock. Once being domesticated, they are feral animals, not “wild” horses as they are generally called. Regardless, these beautiful animals seen atop hills and in the canyons of the park evoke emotions of romance, freedom and the beauty of wild open places.

The wild horse has not always been appreciated, and indeed was thought of more as a nuisance than anything else. Cattlemen who grazed their animals throughout the west once worked to exterminate the wild horse. Before the park was established in 1947, the land within its boundaries was part of their rangeland.  Even today many regard the wild horse as worthless.  Some wildlife advocates think because they are not truly “wild” like other hoofed animals in the park, horses should not be competing for the park’s limited resources.

Wild horses have been in the Badlands since the mid 1800’s. Teddy Roosevelt wrote about them when he ranched there. Many of the park horses today have a conspicuous likeness to the horse common in the 1800’s. When the park’s boundary fences went up the wild horses were shipped out or run off. Some were inadvertently left behind and prospered.  In 1954, 200 branded animals were removed with a large scale round up.  Again, a few small bands evaded capture.  It was during this era that efforts to preserve the feral horse in the U.S. began. Today in TRNP, the horses are managed along with the other wildlife in the park; they are an “historic demonstration herd” representing what Roosevelt would have seen.  Many consider these horses to be a cultural resource.

The remaining horses are remarkably strong and vibrant.  If they are not healthy, they do not survive or reproduce. No owner or vet comes to take care of them.  While they wander over the 47,000 acres of the park’s South Unit, humans are not complete strangers; people enjoying the park’s abundance of wildlife seek out the small bands of horses common along the scenic drive or at high points off in the distance.

The horses all have their own 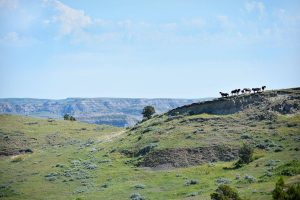 The absence of natural predators and the need to balance and protect the park ecosystem requires active management of the horses.  Since 2015 TRNP has partnered with the North Dakota Badlands Horse Registry (NDBH), one of the nonprofits that work with the park service, to remove and find homes for excess horses.  Volunteers  who would later create the NDBH in 2009, started documenting the horses in the 1980’s and began working with the park service in the 1990’s.  Tom Tescher, inducted into the North Dakota Cowboy Hall of Fame in 1998, was a “resident expert” on the horses.  He loved the park’s horses and their heritage.  He helped to manage and document them working with other volunteers until his death in 2008. Much of the current NDBH leadership team began their tenure working under Tom.

Previously, there was one large roundup every three to five years using helicopters with the animals sold off through traditional sale barns.  Recently, a new biologically developed low stress approach has taken over.  Noisy and disruptive helicopters are not used.  Now the horses are darted with a sedative, rolled onto a sled, brought to the trailer were they are then given a reversal shot and transported to a handling facility. They can no longer be bought by “kill buyers”. Instead of flooding the market every few years the horses are now removed periodically between April and September. Sixty four horses were successfully placed between 2015 and 2017. Along with a new removal routine there has been another major change, horses are now auctioned by the federal government’s General Services Administration, which transfers government property to private ownership.

The horses adopted by private owners are treasured and enjoyed. Being used to the varying terrain of the grass and badlands they make excellent trail horses. The park horses have also proven to be great for working with cattle, becoming good general cow horses.  In early September 20

17 the NDBH held their fifth annual reunion ride. Seven of the park’s horses were on the ride. A total of sixteen park horses were represented by owners who came to the event.  Shortly after this reunion ride Singlefoot saw his last days. Even though he is no longer roaming the vastness of Roosevelt Park, Singlefoot, his progeny and companion bands will continue to hold their place in the culture and 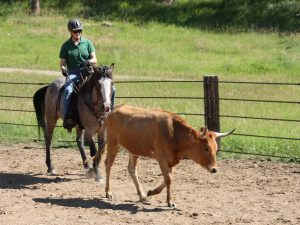 lore of the Badlands while providing horse ownership opportunities for a new generation.

This updated article was published in the Spring 2018 edition of North Dakota Horizons magazine. 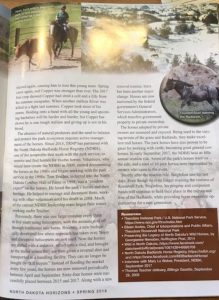 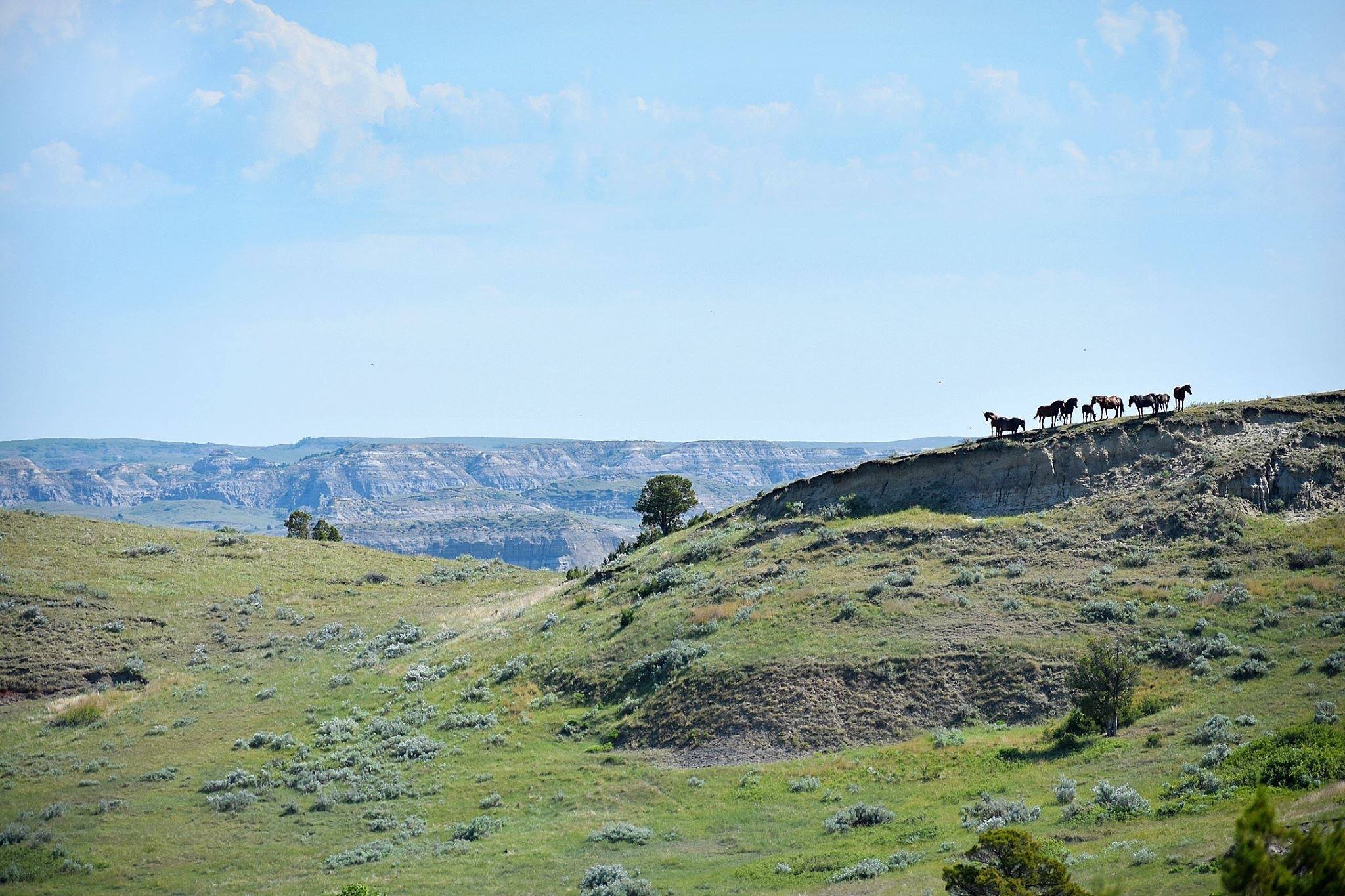 The Wild Horses of Roosevelt’s Badlands for The Cowboy Chronicle 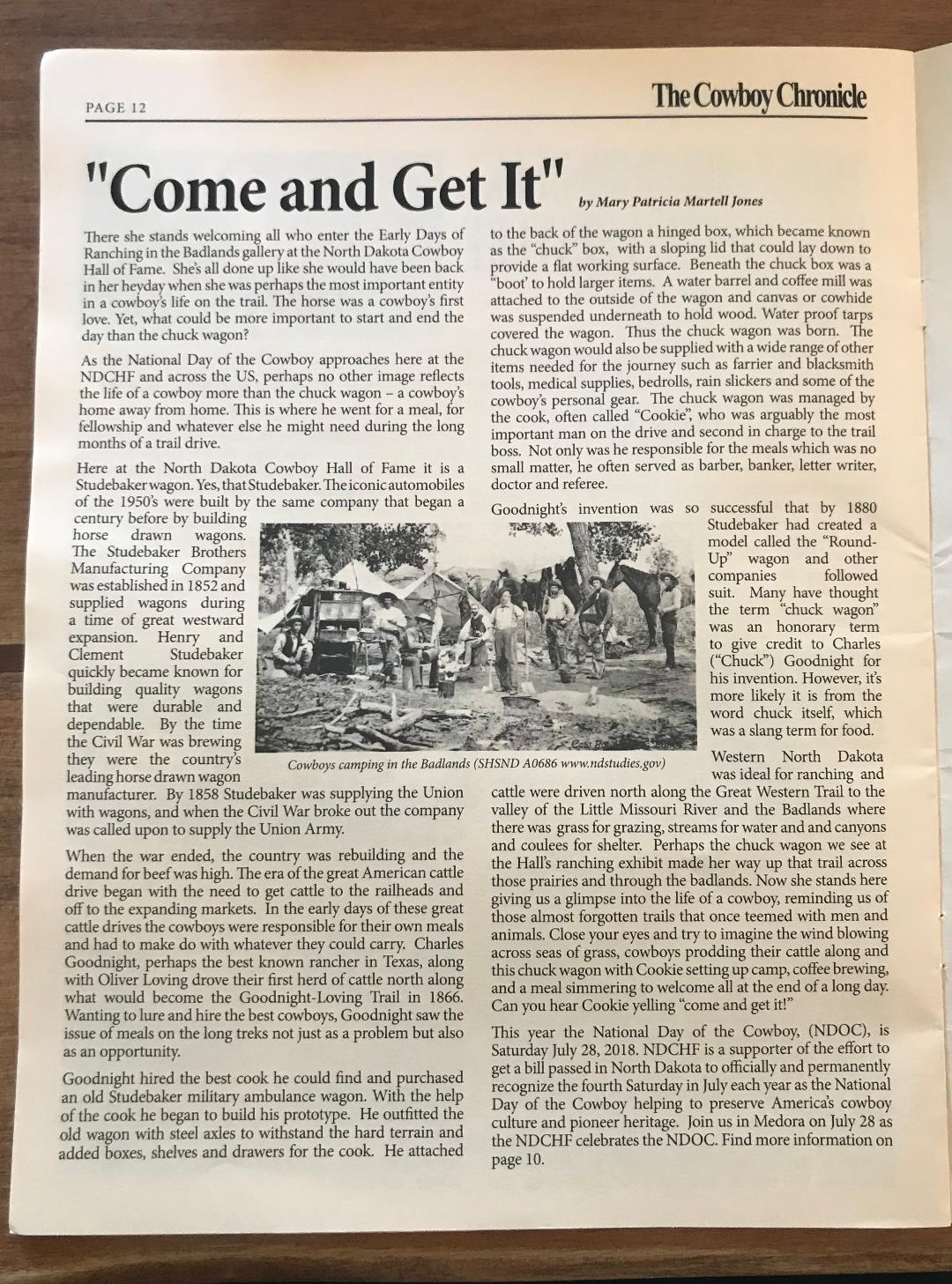 “Come and Get It” 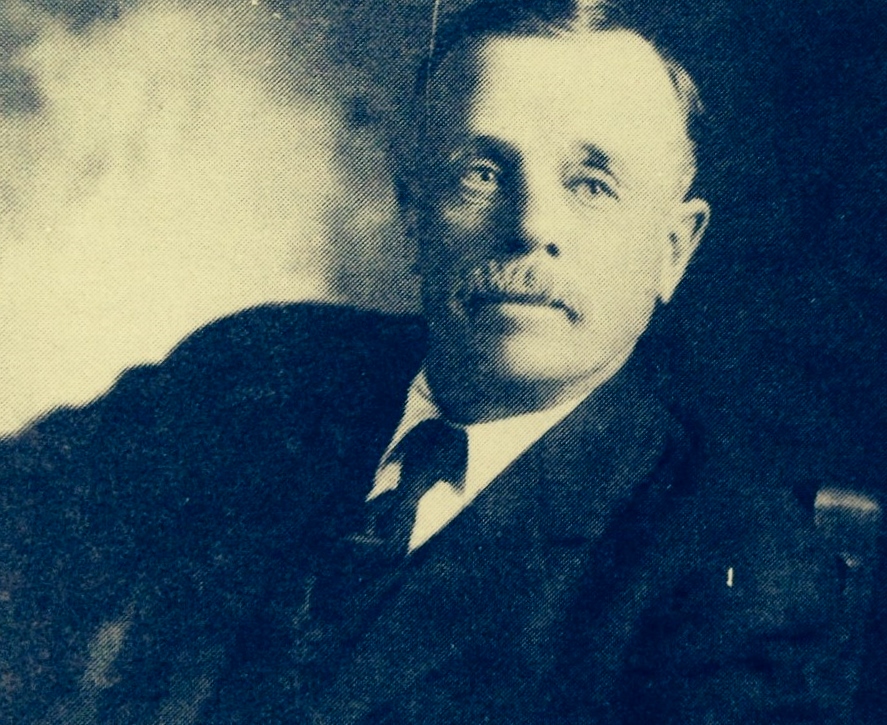